Sherlock Holmes and The Hound of the Baskervilles 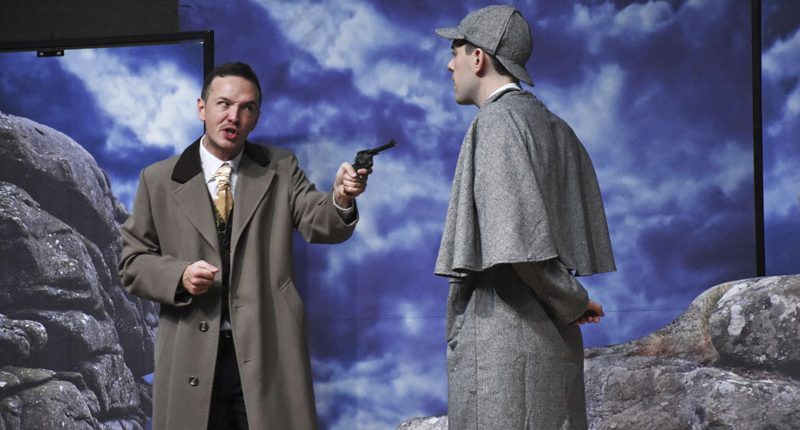 A mysterious murder happened in Andelsbuch some time ago and only one man could solve the case: Sherlock Holmes, the famous detective.
On 15 March at 11:30 he arrived in Andelsbuch with his friend and colleague Dr Watson to look at the evidence and investigate carefully. Finally, the case could be solved and the murderer was found. An audience of around 100 students had the pleasure to watch this funny and exciting play in the Gemeindesaal and talk to Mr Holmes in person at the end. 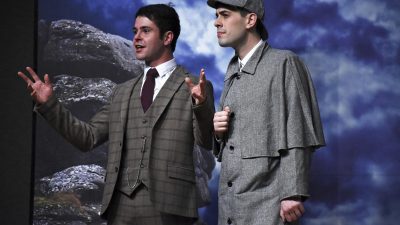 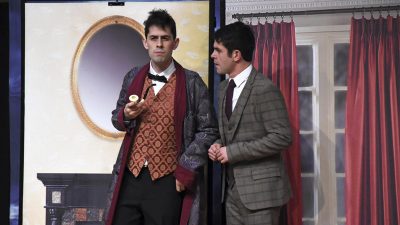