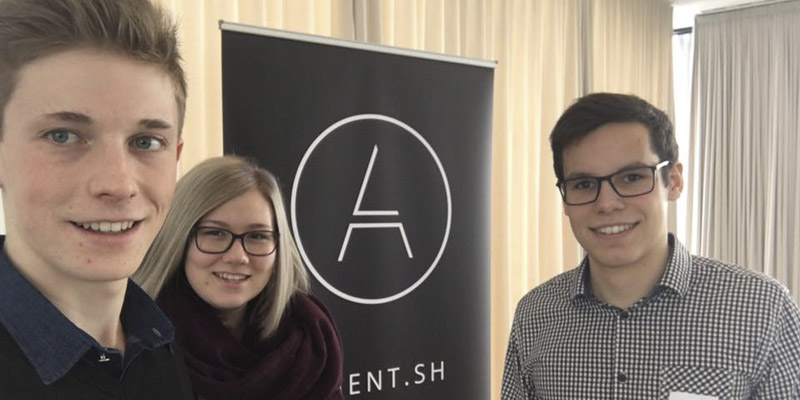 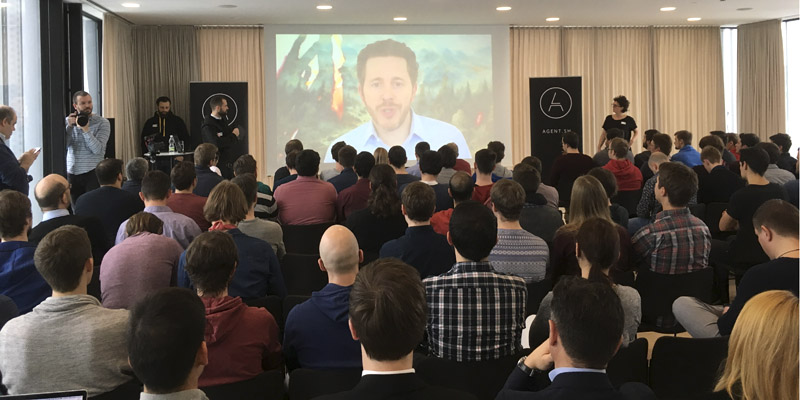 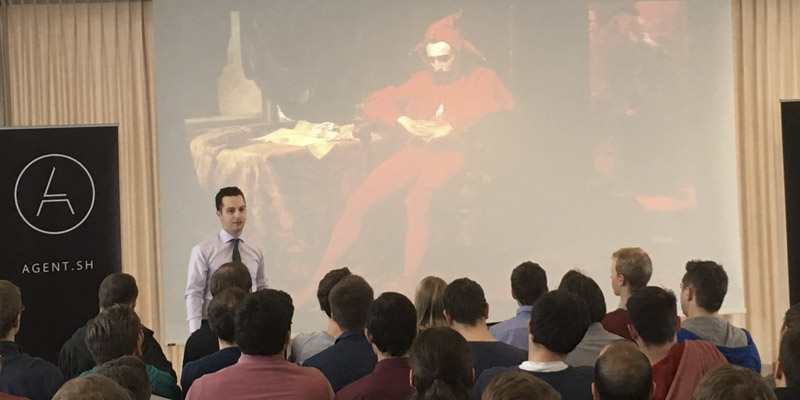 Agent Conf 17? You probably haven’t heard about it. Agent Conf 2017 is a conference where web-developers from all over the world come together to exchange their knowledge about new things in the scene.

The event took place from Friday, January 20th, 2017 to Saturday, January 21st, 2017 at Raiba Im Rheintal in Dornbirn. On Friday, Sabrina, Daniel, Pascal, and I met up at 8:00 o’clock in Dornbirn, with over 100 engineers and students joining us. A good breakfast and two coffees later, the first talk started. But beforehand, Guntram Bechtold welcomed us and showed us a video message from the Austrian Secretary of State, Harald Mahrer, in which he greeted all attendants to this event.

The day started with a phenomenal speaker. His name was Christoph Pojer from Facebook. Mr. Pojer introduced us to Jest (Java Script Testing) and told us a lot about problem solving and improving automation testing. In his speech, Mr. Pojer pointed out that it’s very important to do a lot of 1% improvements.

The second talk was held by Jan Monschke & Svanlaug Ingólfsdóttir. They both work as developers for the music streaming service Soundcloud. Their speech was about prototyping. Prototyping is developing an early approximation of a final system. After the second talk we were allowed to take a little coffee break and speak with one another.

Right after that Patrick Stapfer talked about flowtype. Mr. Stapfer is a freelancer and calls himself a “Digital Nomad & System Engineer”.  His mission: “Make JavaScript a nicer place.”

Our last speaker in the morning was Max Stoiber. He works at Thinkmill, an Australian company with location in Vienna. Mr. Stoiber is an open source-developer and his topic was “Styling React Components”. In his speech he explained the differences between containers, how things work, and components, how things look.

After the lunch break Balint Erdi from Hungary held his presentation. But Mr. Erdi isn’t just a coder, he’s also an author for the “Beginners Guides for Programming”. His speech was all about Ember.Js and why every programmer should consider using it for their next project.

Next in the line was Michael North. Mr. North is full time trainer at Simplabs and staff engineer at LinkedIn. User experience, performance improvement, the process to improve codes were the key points in his speech. He also mentioned different types of caching websites and apps. At the end of his speech he gave advice to every programmer: “Reduce the number of decisions you must make”.

At the end we got to hear the only female lecturer of the day. Tereza Sokol was born in Copenhagen and is currently working as a frontend developer at “noredink”. Ms. Sokol talked about issues every coder has to deal with at the beginning of their career and then showed the crowd how the software Elm can help and make the developer’s life more easy. But how can Elm do that? With immense performance improvement and time traveling debuggers (to track every step coded) and for programmers the most important feature: Elm has no runtime errors.

Sokol’s speech ended at 17:15 and after that we had some interesting lightning talks until 18:00.

On Saturday we were again designated to listen to top speakers from around the world. They kicked the day off with Saskia Vola. She is the CEO of the company called textminers.io. She talked about her cooperation with Yumpu.com, a company who provides magazines online. Furthermore, she introduced us to collaborative filtering.

The next man in line was an outstanding speaker. His name is Brent Vatne. He mainly discussed the change from the different technologies over the years. Additionally, he presented us the problems mobile web servers still have and what advantages the desktop versions have. At the end we learned more about his startup, which is called Exponent. There they make it possible for everyone to code easy applications.

After that we enjoyed the talk of Mats Bryntse, founder of Bryntum. His main topic was dealing with JavaScript errors in modern web apps. He showed us what bugs are and the new and easy way to fix them. Mr. Bryntum has founded an application which is called RootCause and this one changed the debugging process completely. We are actually not allowed to tell you this but, every visitor of a webpage is a test monkey and is used to improve user experience.

The last act of the morning was the Austrian duo Nik Graf and Sebastian Siemssen. In their profession they deal with GraphQL and Serverless Architecture. This is basically a new concept for API’s. Furthermore, it helps to prevent over and underfetching from data. Some benefits of Serverless Architecture are auto scaling, pay per execution and event driven. Providers like Google and Facebook are using this for web applications or chatbots.

After a power giving lunch break, the duo Nik and Sebastian started off the afternoon. But this time they talked about virtual reality in the web. The critical pieces to get VR to work are screens, a head mount, head tracking and the lenses. There are already pages and browsers like A-Frame and Chrome which support this upcoming sensation. Furthermore, we got introduced into coding such an VR-page.

This conference continued to give us one highlight after the other. After virtual reality David Khourshid talked about Reactive Animations with RxJS (Reactive Extensions) and CSS Variables. We learned, where the technique is right now and how nice desktop websites can be animated. The most of the time Mr. Khourshid presented several code-examples, which can be used for a new web experience.

At 16:30 Andrey Okonetchnikow was next in line to report about Modular CSS. He started with an example of the document “CSS Zen Garden”. This is basically the same document; the only difference is the design via many different CSS-files. Mr. Okonetchnikow also mentioned that CSS was invented to style documents at first and was not used for web-applications, like it is used today.

A glorious weekend was then finding an end with the last of all speakers, David Shedrick. He referred to the topic “Bottling React’s Secret Sauce”.

We cannot describe how huge of an opportunity it was to be a part of this conference in Dornbirn. We met so many great people and had many interesting conversations with engineers from all over the world. Additionally, we could listen to talks, which were outstanding and made a lot of fun. It was such an amazing experience. So a huge THANK YOU to Guntram Bechtold and “Stars Media”. They sponsored our tickets and gave us the chance to be part of this amazing event, opening the doors to be part of such an incredible community.